When you drive towards Thorsminde, you can see a tall tower protruding into the landscape from a long distance. We can only encourage to visit Strandingsmuseum St. George - this is where you will find the tower, the important stories of the strandings and the salvaged treasures from the bottom of the sea.

The most important story and the main element of the museum is the story of the two large strandings that took place on Christmas Eve morning in 1811. Two English liners are caught in a powerful hurricane on the shore off Thorsminde. The ships HMS Defense and HMS St. George is stranded and nearly 1,400 sailors lose their lives - only 17 survive - in what goes down in world history as one of the biggest stranding disasters.

Just over 4,000 effects have since been brought up from the wreck of St. George. 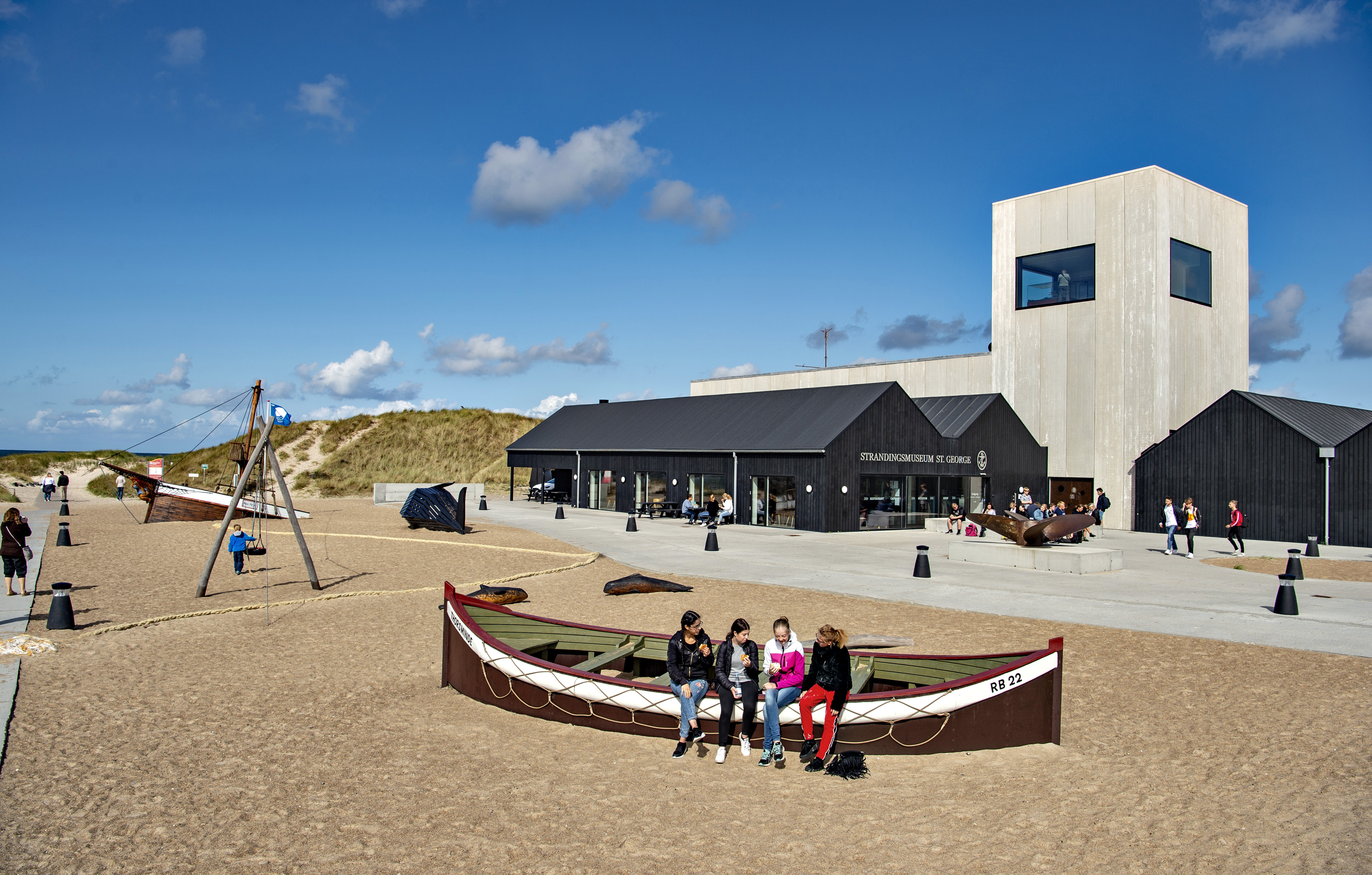 From peppercorns to cannons

All salvaged effects must go through a lengthy preservation process before they can be exhibited. This applies to both the museum's smallest objects - the peppercorns found in a shoe - to the very large cannons. Through the exhibition, one gets an impression of everyday life on board the large ship - what was it like to be a private sailor in relation to a high-ranking officer? 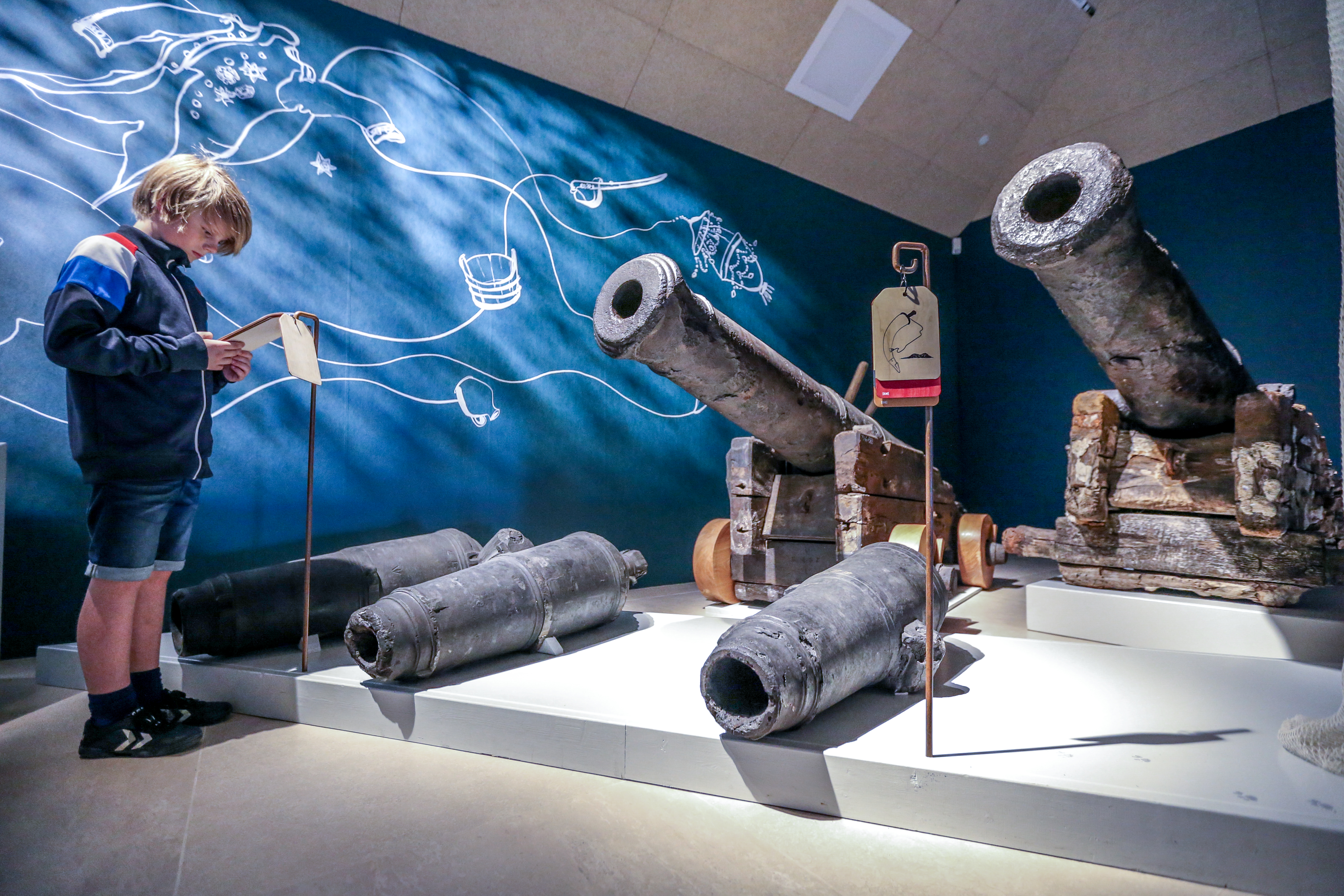 The ship surgeon's instrument box can almost make it run cold down the back. Life on board was tough - and also a dreaded job that many were forced to take. The ship's surgeon was named John Cleland - we know this from his stamp, which has also been salvaged and preserved, and can be seen in the exhibition. There were many accidents on board and the surgeon had the tools to be able to perform an amputation, for example. A not entirely harmless operation on board a ship, where there was already a fairly high disease rate - primarily due to poor and monotonous diet.

As a guest at the museum, you will experience a whole range of objects - from luxury items that have been bought to bring home and to everyday items such as playing cards, candles, china and navigation equipment.

Learn more about the strandings and their consequences

Back in time, the west coast of Jutland was feared by sailors, who gave it the nickname "The Iron Coast". For the local coastal residents, strandings were a dramatic part of their everyday lives. In 1852, the "North Jutland Rescue Service" was established and with lifeboats and / or rocket equipment it became possible to help the distressed sailors. But it was not a harmless job to be part of the rescue service and it was with their life at stake that the local farmers and fishermen threw themselves into rescue operations that could last several hours or days while the storms still raged.

But there is also another side of the strandings, which helped to give the West Jutland regions an economic boost and insight into the big world. 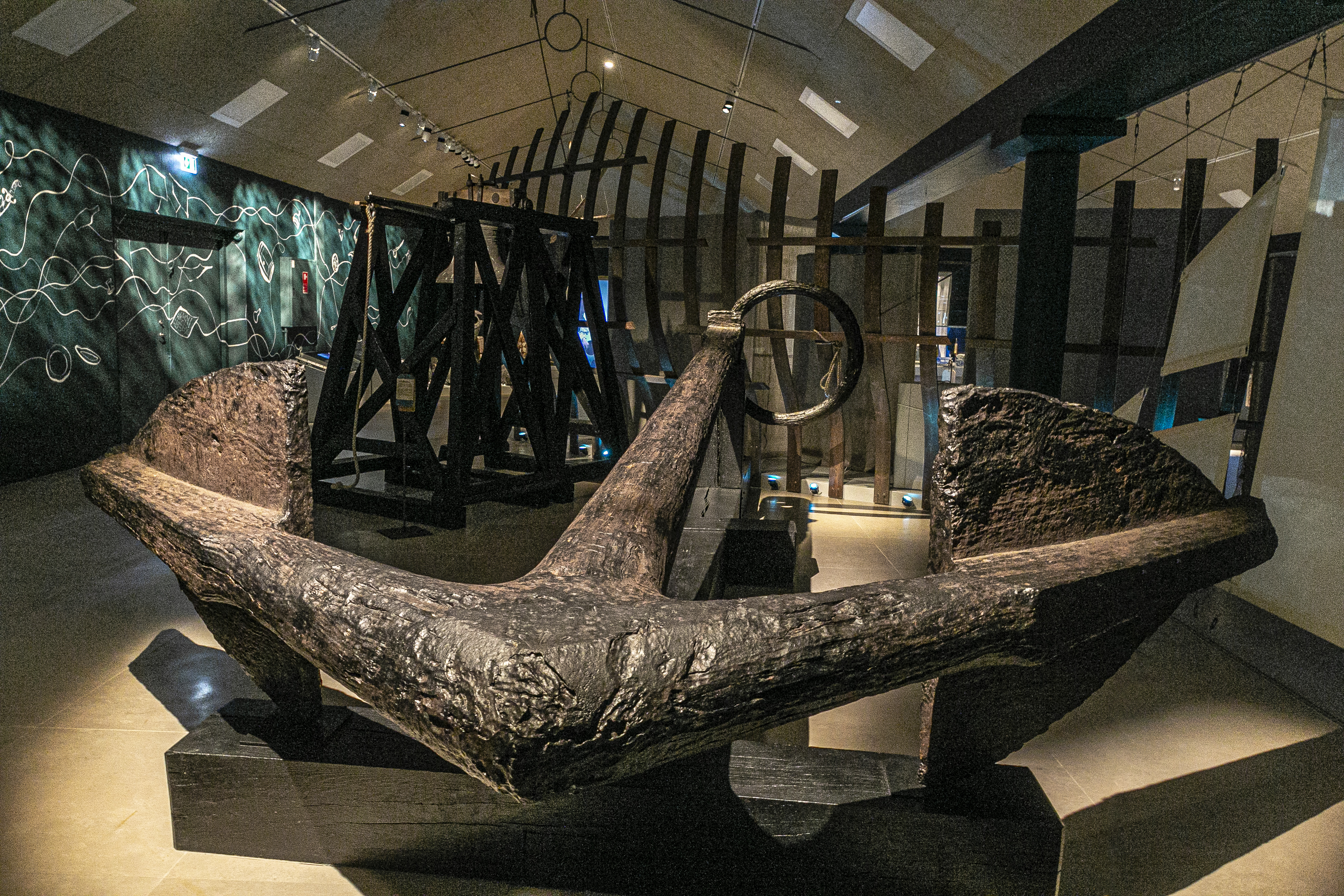 When a ship stranded, in addition to a great deal of work in caring for the injured, there was also a great deal of work in salvaging the cargo and the ship's equipment. It was possible to earn a sum of money by having all the goods brought ashore and transported up to the sheriff's farm. Stranding auctions were held over goods, furniture and timber, and in this way exotic goods from distant lands, such as oranges, coconuts and pineapples, found their way to the West Jutland fishermen and farmers.

At Strandingsmuseum St. George, you can become even wiser about how the strandings affected the West Jutland area. A short film shows with animated old black and white pictures, text and fragments of the broad West Jutlandic dialect as background talk, how, for example, a stranding auction was also a folk festival.

Coveted prize for the museum

When the museums' response to the Oscars took place in May 2019, the prize "The European Museum of the Year" and four sub-prizes were to be awarded at a celebration in Sarajevo. One of the prizes, The Silletto Prize is awarded to a museum that has particularly involved volunteers and the local community - this prize went to Strandingsmuseum St. George. In addition, the beautiful dissemination of the captivating narratives was highlighted by the jury.

It is with great pride that….

...department manager and museum inspector Helle Henningsen, the entire crew and the many volunteers, welcome you to dive into important world history on the west coast. There are experiences for the whole family in the museum's many interactive exhibitions. Come inside and find out why the large eye-catching tower was an important part of the museum's new building, which was completed in 2017. From the top of the tower, it is now possible to enjoy the North Sea's authentic scenery to the museum's stories from a new roof terrace. 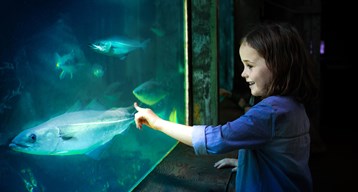